When Koji, founder of ONIGILLY, first came to the US in 2006, he was surprised that despite the abundance of sushi restaurants he couldn’t find his favorite Japanese food, onigiri (rice balls). A fast food staple with over 2,300 years of history, onigiri is more frequently eaten than sushi in Japan.

One day, Koji visited a local elementary school and was shocked that many students’ lunches weren’t providing them the nourishment growing children require. This inspired him to develop the concept of introducing onigiri, a Japanese fast-food staple, to provide a delicious yet healthful, convenient alternative for both adults and children in the United States, where unhealthy junk food is so popular and commonplace.

ONIGILLY’s mission is to introduce onigiri into the American dietary repertoire and to contribute to better eating habits nationwide. Koji founded ONIGILLY with this goal in mind back in 2007. He put his commitment and passion in motion by applying for a food incubation program at La Cocina of San Francisco, which was established to support emigrant women and encourage their independence.

La Cocina understood Koji’s vision, and despite being outside of their typical demographic, supported ONIGILLY, which became their first business run by a male owner in the entire program. With constant and generous support from their volunteers, ONIGILLY has made remarkable growth ever since.

In 2010, ONIGILLY was selected from among approximately 30 other competing applicants to be one of the street food businesses officially permitted to vend at San Francisco Park Department properties on a daily basis.

Although it was not an easy task for Koji to introduce something new to this country, his passion and continuous quest for improvements—incorporating the traditional style with a modern spin using fresh, nutrients-rich ingredients and brown rice—guided ONIGILLY to gradually gain support and popularity among local San Franciscans. 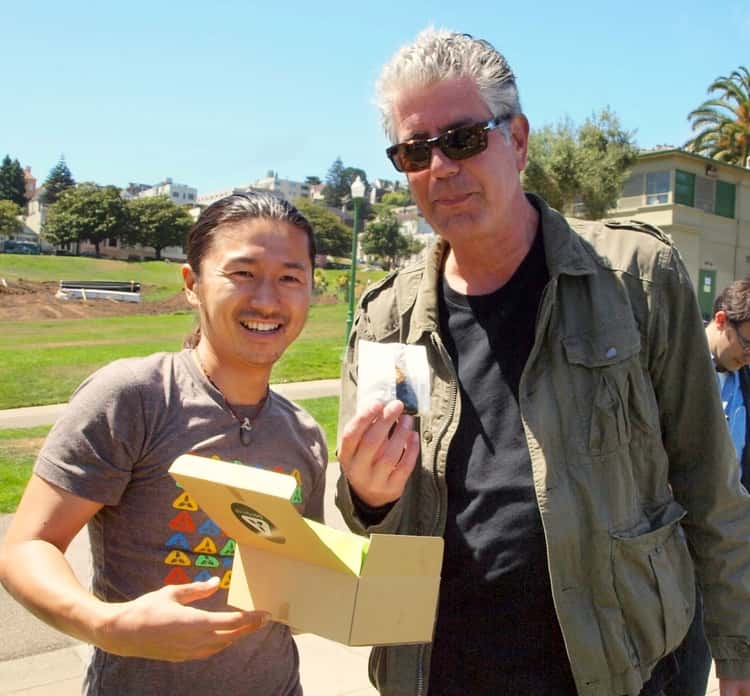 ONIGILLY is particular about using delicious and healthy ingredients. Most of the menu is made from scratch and prepared fresh daily. In addition, being a hand-held finger food, chopsticks and forks aren’t required, and the company uses compostable materials whenever possible (using recyclable materials when not), maintaining environmentally sustainable practices.

“I have two young boys,” Koji explains. “I’d like to offer my customers the kind of food which I feel safe about feeding my own children. We plan to expand bigger and bigger, so I need to create a system to keep the waste at a minimum now.”

ONIGILLY opened its first restaurant in September, 2012 and has 5 locations now. Koji’s dream is to become the nation wide chain company in the US, and to create an environment where more and more people can discover this delicious, healthy, and handy fast food to eat anytime, anywhere, and which will ultimately lead to improvements in their eating habits.